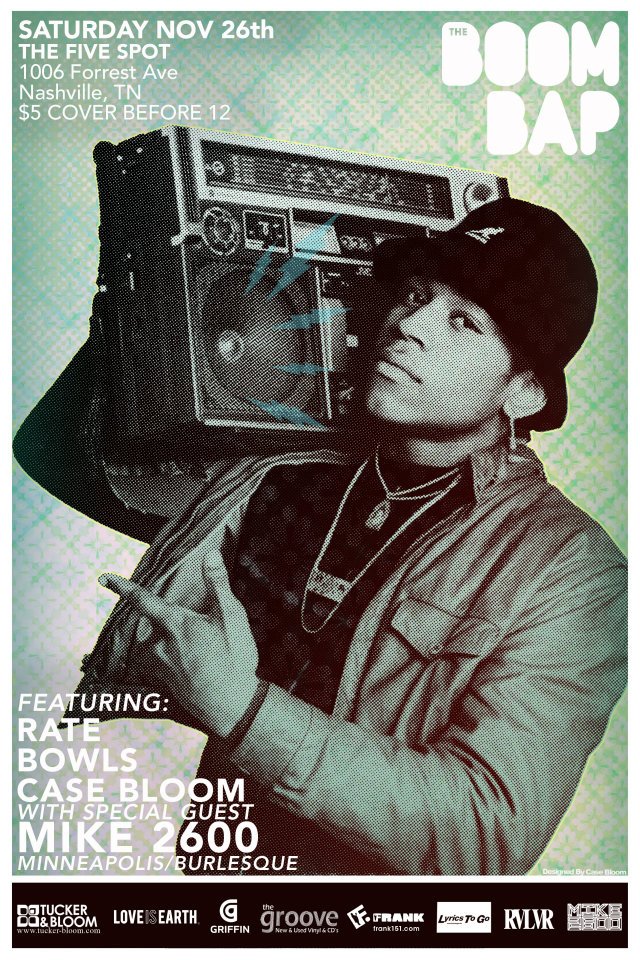 SATURDAY NOVEMBER 26th at THE FIVE SPOT -- MIKE 2600 is a 16-year veteran DJ, having rocked parties from San Francisco to St. Paul, from Oregon to Osaka. Mike's funk-fueled remixes and original productions have been included in sets by world class DJs such as Peanut Butter Wolf, DJ AM, Freddy Fresh, DJ Yoda, Cosmo Baker, and featured on Los Angeles' Indie 103FM. 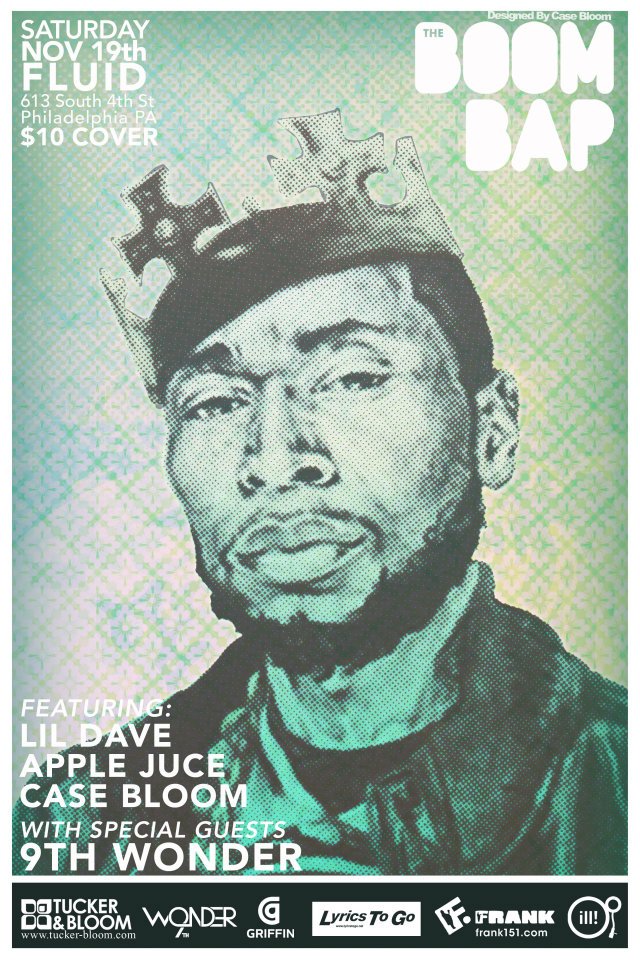 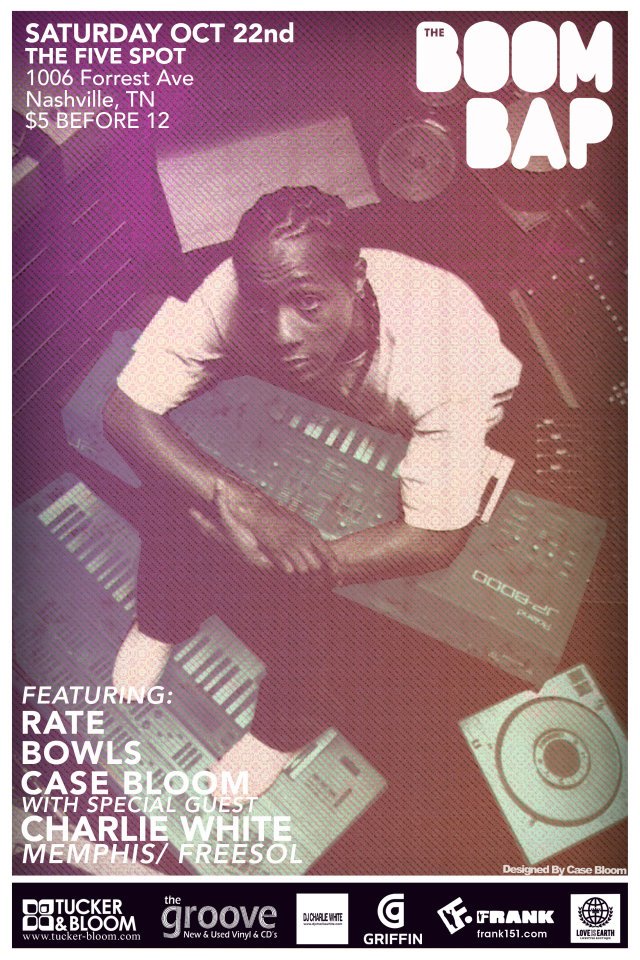 THE BOOM BAP Nashville - Saturday October 22nd at The Five Spot. 21+ $5 (before midnight). Featuring DJ's RATE, BOWLS, CASE BLOOM, w/ Special Guest DJ CHARLIE WHITE (FREESOL/MEMPHIS). DJ Charlie White has performed at many of the top festivals and industry events across the country. Some of these shows include the 2008 and 2010 Beale Street Music Festival, MTV Spring Break 2009, South By Southwest (2009/2010/2011), Lollapalooza, Justin Timberlake and Friends Concert in Las Vegas, as well as the Bacardi Biz Tour opening for Q-Tip and Big Sean’s “What U Doin” Tour. 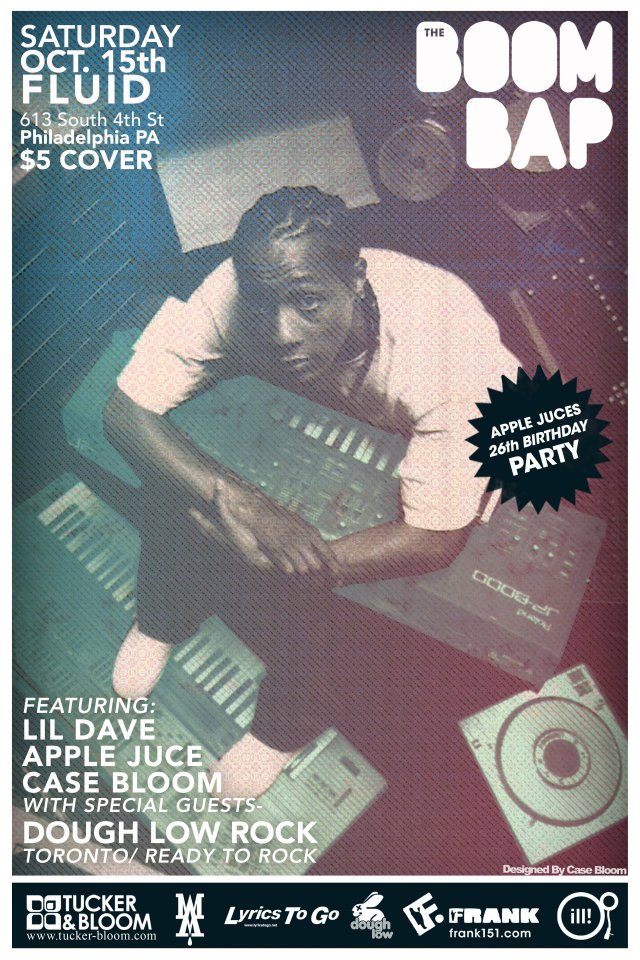 SATURDAY OCTOBER 15th at FLUID NIGHTCLUB -- As one of Canada's coldest DJ's Dolo has been putting in work both behind the decks, and on the air for legendary Toronto radio show "The Soul Diggers". A member of the Bronx crew Ready To Rock, he's worked with D.I.T.C.'s legendary producer Diamond D, and rocked crowds of people on every scale. 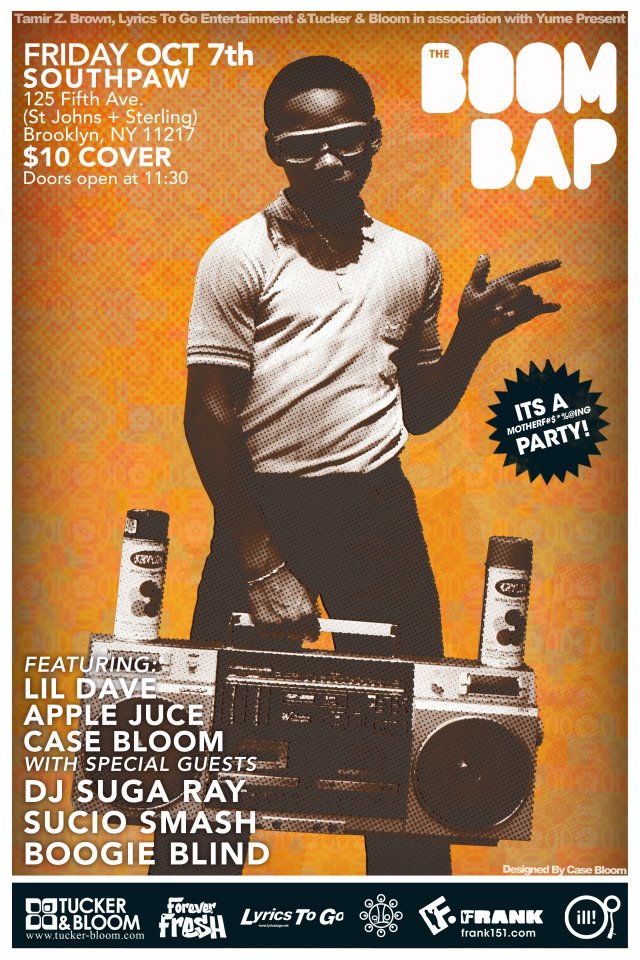 FRIDAY OCTOBER 7th AT SOUTHPAW -- Join us Friday this Friday for the first NYC BOOM BAP! -- The Boom Bap has been going strong in both Nashville and Philadelphia for some time now and it seems only right that we bring the boogie to Brooklyn. Here is how the event works: 1.Three residents host a round robin turntable event and invite some of the baddest DJ's to ever do it // 2. CHUUCH // 3. You come and dance // 4. !!!!!!!!