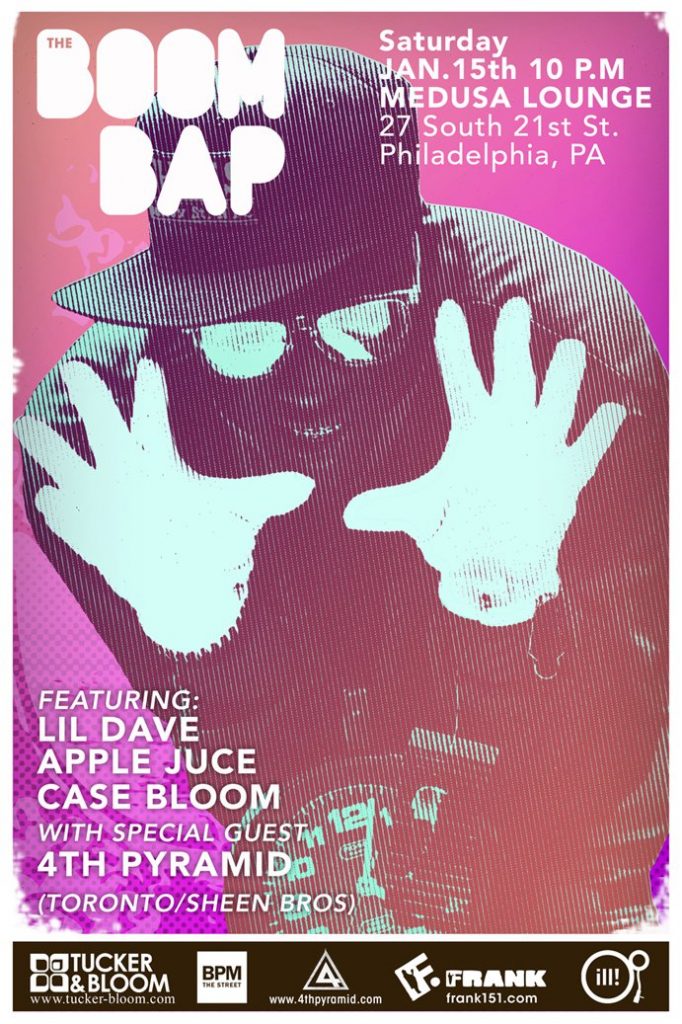 Where to start? Pyramid’s been releasing music worldwide since the tender age of 19. As both a producer and an MC his credentials stack up quite impressively. Releasing his debut 12” in 2003 on indy powerhouse Def Jux, he hasn’t looked back since. It wasn’t long before he was touring the globe alongside some of hip-hop’s most prestigious names. — In the studio his resume boasts impressive collabos with the likes of 45 King, U-God (Wu-Tang), Pete Rock, Cannibal Ox, Akrobatik, C-Rayz Walz, Simahlak, Sammy Bananas, Rich Kidd & many more. — Fast forward to 2011 – 4th Pyramid is set to release his solo debut full-length album “The Pyramid Scheme” in March 2011. The record features guest appearances and production by the likes of Greg Nice, Saukrates, Cosmo Baker, Marco Polo, Rich Kidd, Simahlak and more.