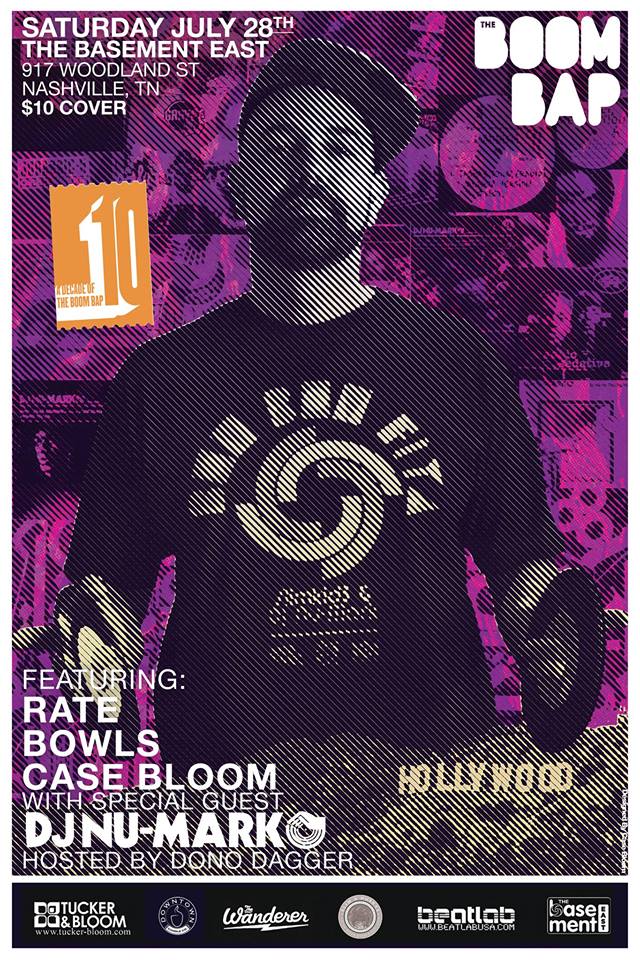 THE BOOM BAP is Saturday July 28th 2018  The Basement East Nashville.
21+9pm $10 cover. Special Guest DJ Nu-Mark
—————————————————————————–
Nu-Mark began DJing at the age of 13 in Los Angeles. Over the last two decades, he has amassed an immense collection of rare records from around the world. Nu-Mark’s refined music production and live showmanship regard him as one of the most innovative DJ’s in music culture.

Today Nu-Mark has completed a collaborative album with Slimkid3 of Pharcyde on Delicious Vinyl which featured songs that include Murs, Del, Diamond D, Darondo and J-Live. The Slimkid3 & DJ Nu-Mark collaborative LP recently shot to number 1 on the CMJ charts in the U.S.