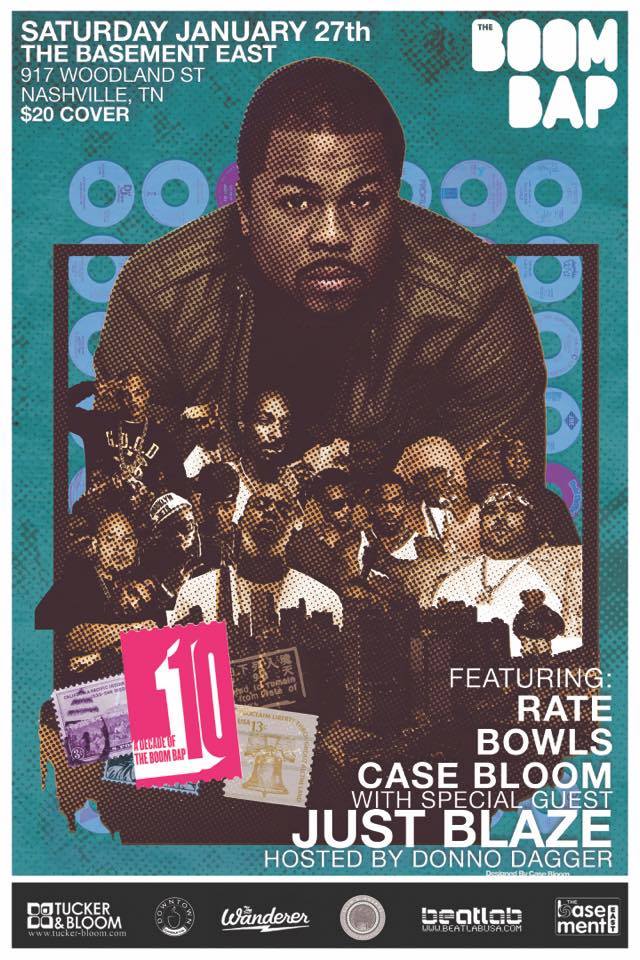 This month we are celebrating (gasp!) 10 YEARS OF THE BOOM BAP! That’s right, we have been throwing this party now for an entire DECADE! What better way to celebrate than to bring in one of the best to ever do it to rock with us?… Ladies and gentlemen, your guest DJ for the 10 Year anniversary celebration, Just Blaze!!!
————————–————————–————————
Just Blaze worked closely with Roc-a-Fella Records in the early 2000s, producing hits like Cam’ron’s “Oh Boy,” Jay-Z’s “Girls, Girls, Girls,” and Beanie Sigel and Freeway’s “Rock the Mic.” He worked closely with Roc-a-Fella’s other in-house producer, Kanye West, on the label’s many albums released during this same period. And like West, he developed a trademark knack for using old-school soul samples in unique ways for his hooks. Besides the Roc-a-Fella stable of rappers, Just Blaze also produced tracks for big-name East Coast rappers such as Busta Rhymes, Jadakiss, DMX, and Fabolous. By the turn of the century, he’d become one of the rap industry’s leading producers, along with Timbaland, the Neptunes, and Swizz Beatz.

FOUR TURNTABLES
FOURTH SATURDAYS
MORE MADNESS THAN CAN WE CAN LEGALLY DISCLOSE.