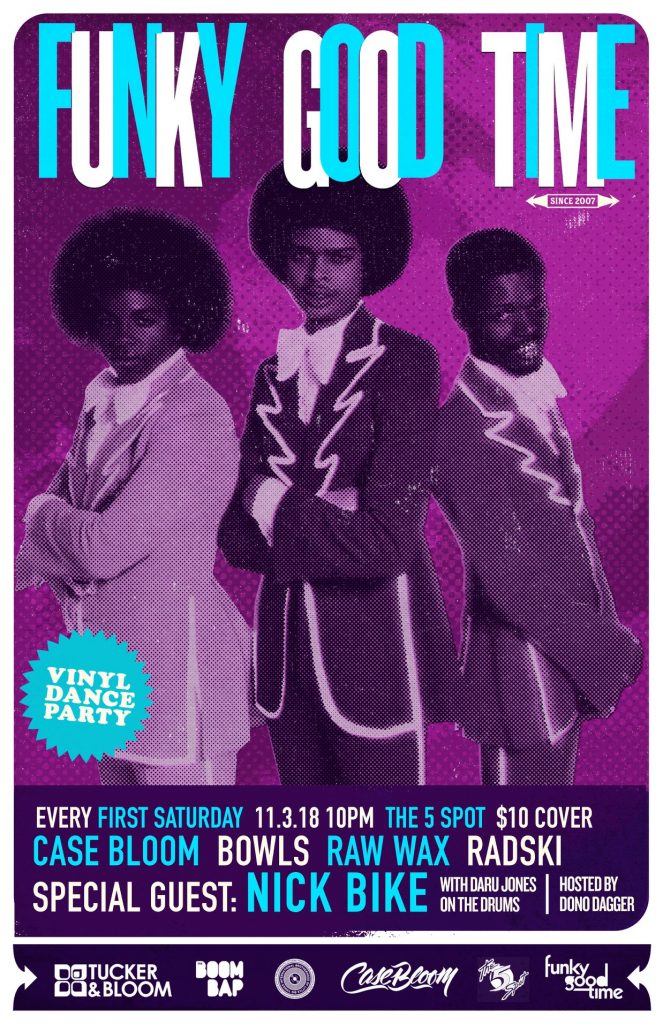 Nashville! Saturday November 3rd is the return of FUNKY GOOD TIME at The 5 Spot! 2018 makes 11 Years of the party and we’re excited to be bringing you another year of Funk, Soul, Disco, Latin, Boogie, and R&B records! DJ’s Rad Ski, Bowls, and Case Bloom on the wheels and an opening set by RAW WAX! Daru Jones Official on the drums + Special guest Nick Bike is in the house! LET’S DANCE!
——————————————————————
Nick Bike is a DJ living in Vancouver, BC. He is a 2-time regional Red Bull 3style champion (’13 Vancouver, ’15 Western Canada). In addition to being a regular contributor to The Beat Junkies record pool, his edits and 45s have found their way into the set lists of Skrillex, Grandtheft, Z-Trip, and Jazzy Jeff, as well as radio playlists of BBC Radio1, Triple J, Hot97, and Shade45. Multiple tours in previous years have seen him across Canada and the United States. Whenever and wherever the party is, Nick is ready to bring to you his eclectic taste in music and turn the party out.