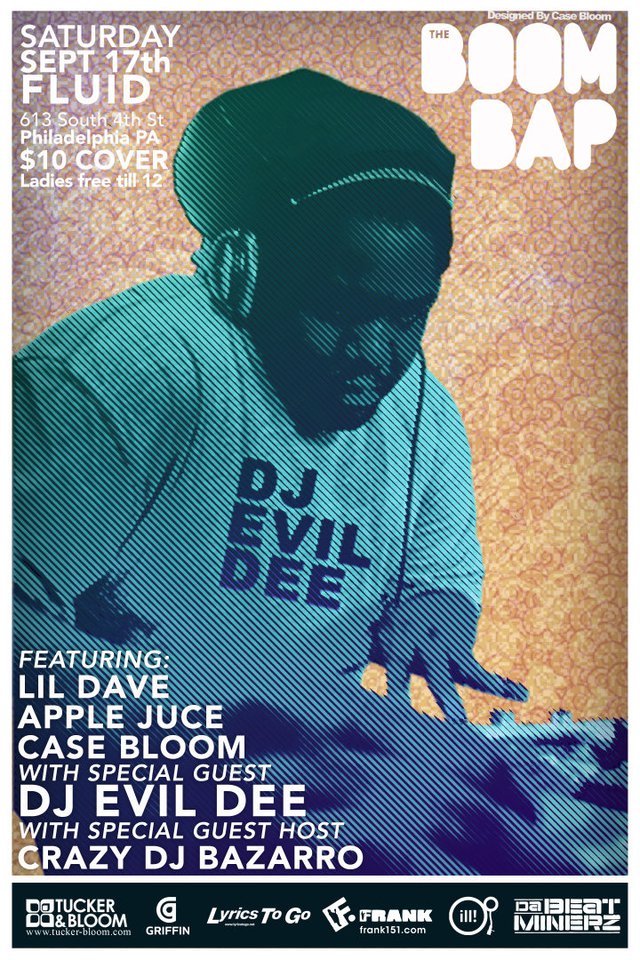 On the 3rd Saturday of every month national DJs mixed with hometown favorites converge at Fluid behind 4 turntables to @#$%#$ DO THE G@$%D@#%@#%THANG!SEPTEMBER 17th AT FLUID NIGHT CLUB

As one half of the production duo DA BEATMINERS, EVIL DEE was instrumental in helping to craft the sound of classic boom bap hip hop.

The geniuses behind Enta Da Stage, Black Moon’s introduction album, Smif & Wessun’s debut album Dah Shinin’ and singles for artists such as Naughty By Nature, Black Star, Eminem and Busta Rhymes, just to name a few. Da Beatminerz soon added their own albums to their catalog signing on with Rawkus Records for a production based project. The hard- edge beats were laced with hip hop’s finest lyricists to create Brace 4 Impak. Models of consistency they kicked out two more independent albums Fully Loaded w/ Static and Unmarked Music Vol 1. EVIL DEE is world renowned for tearing it down.

As a member of Beatminerz Radio and Dysfunkshunal Familee, Crazy DJ Bazarro has gained a rep as a host thats able to rock the party and the decks at the same time. Expect this to get crazy.