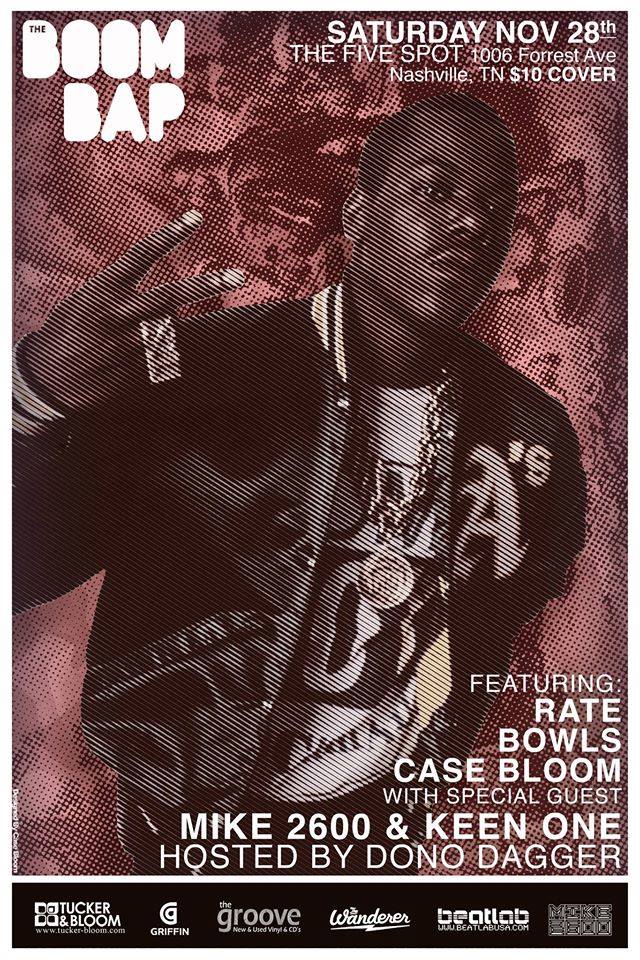 ** The BOOM BAP … 4th Saturdays at The 5 Spot***
www.theboombaplive.com

Born in Laos to Chinese parents and transplanted to the American South at an Early age, DJ Keen One spent his formative years in Nashville & Atlanta. He grew up under the counter-cultural wing of hip hop, skateboarding & graffiti – a skill which led him to travel the world representing national brands.

Central to the growth of Kenn One’s popularity is his uncanny ability to keep the dance floor moving with electronic mixes of hip-hop, funk, soul, r&b, pop, house, reggae, dancehall and 80’s like no other.