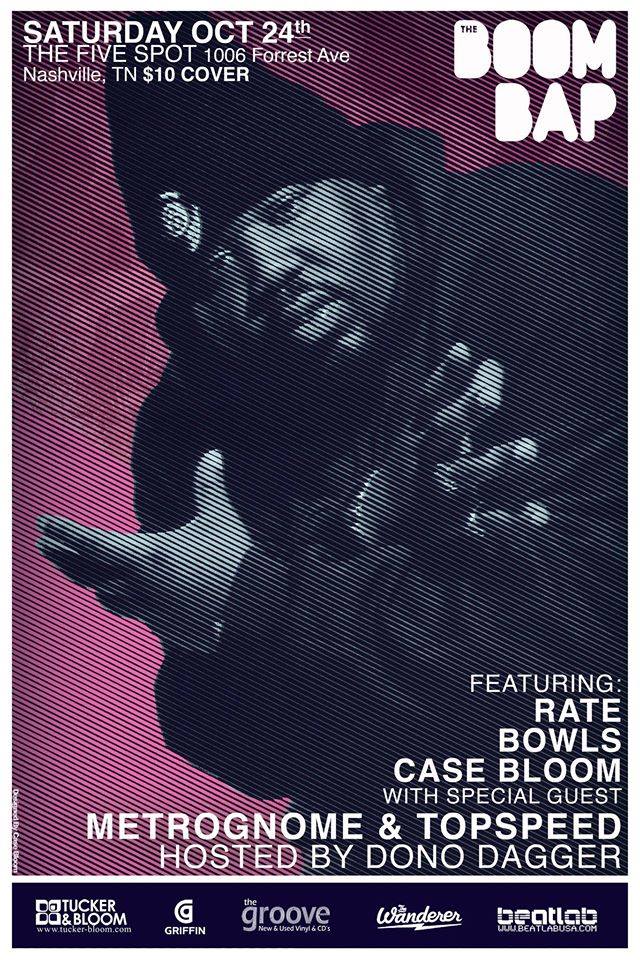 A sleeper in the Midwest, DJ MetroGnome is carrying Indianapolis on his back. Representing the school of thought that quality music deserves being in heavy rotation, you can find him at any one of his weekly residencies dropping gems. Whether it be boom bap hip hop, dusty funk, undeniable reggae & dancehall, feel-good house, Bmore bangers, relaxing down-tempo and soul, future classics or random throwbacks from decades prior, you will find yourself moving to or inspired by the music.

Having established himself as Indy’s “go-to” DJ for many of the city’s best parties, special events, concerts, and countless clubs, both locally and nationally, he is always providing an outlet for the people to experience an alternative to the mundane, copy-cat ways found far too often in the nightlife and music scenes. Spinning records has also taken him across the country, playing in venues in many cities and states, as well as backing up Grammy-winning artist Ludacris in concert and opening for hip hop icons Rakim, Ghostface, Lupe Fiasco, Eric Roberson, and others. Additionally, as part of Old Soul Entertainment and Class of 93 Promotions & Marketing, MetroGnome has conceptualized and created countless special events and themed parties, learning the art of pulling in the people.

DJ Topspeed, a fixture in the Indianapolis scene for 22 years, learned his chops in the early days of hip-hop, listening to intense Dr. Dre mixes and assembling his own. He earned his stripes in that most unforgiving of venues: the skate palace, spinning for years at the Melody Skateland.

He’s come a long way since then with many DJ battle championships under his belt, more than 100 DJs formed under his tutelage and constant promotion of event after event. His latest undertaking is the new Ground Patrol #2, held every Monday at Spin Nightclub in Broad Ripple. (The first Ground Patrol, a long-running event at Casba, still takes place every Thursday.) His DJ crew, which will change from week to week, includes partners both past and present, including Disco Dave, Dezzy Dezz, Earnest Makilakutti, Trouble, Two McNasty, Jinki, Nateg, Chase and K-Tel.