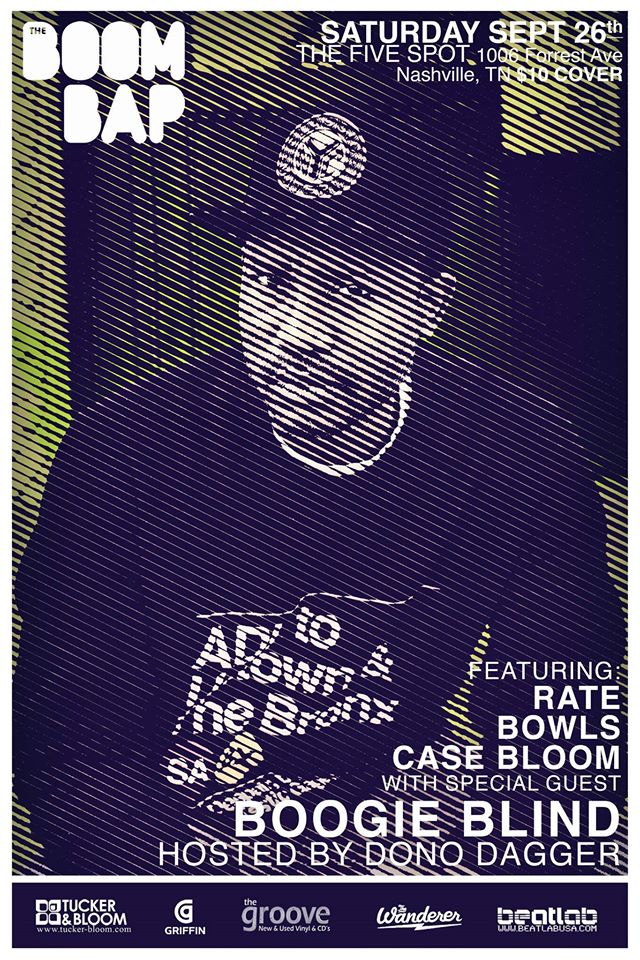 DJ Boogie Blind’s advanced skill at blending house, drum & bass, hip-hop, funk and dub step into party-perfect mixes is only rivaled by the list of international clubs and festivals where crowds rock out to his sets.

As he gears up to release a fresh collection of house and dub step mixes for digital distribution, Blind keeps his tour skills sharp deejaying for Coachella, SXSW, Redbull, and MTV as well as touring as the resident DJ for Pharoahe Monch and Lord Finesse.

Blind, who was inspired by an uncle that deejayed during his childhood, eventually met and was taken under the wing of turntabalist legend Roc Raida of the X-Ecutioners. As part of the X-Men, Blind learned to execute the tricks and scratches that now leave lesser deejays scratching only their heads.

“My turntablist work is a big part of how I came up. I learned so much from Roc Raida about how to win DJ Battles. It was an honor to learn from the best. Now, I’m so blessed to be out rocking parties and festivals for big crowds. I’ve never had a complaint about my own versatility. It’s a gift that keeps on giving.”

“I am literally living the dream that I had as a kid. Between my technical skill, my production work and my ability to rock a party with every type of music- there’s no limit to what is in store for me this year.”