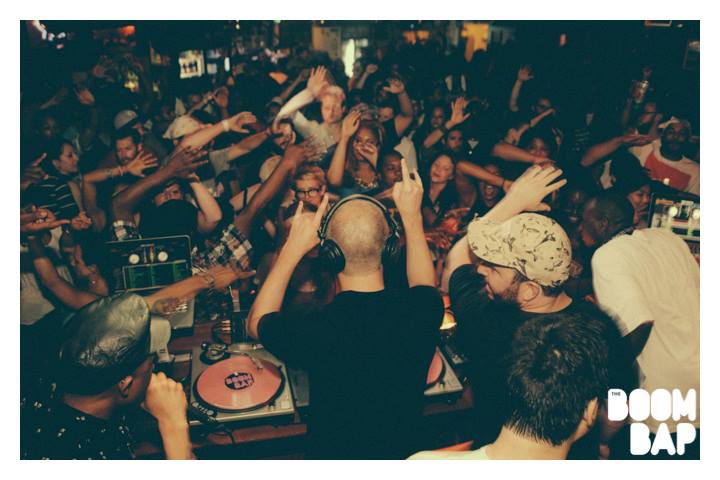 Hailing from Philadelphia, a city known for birthing internationally known DJ’s such as Jazzy Jeff, Cash Money, King Brit and Rich Medina, Skeme Richards has put in nearly 30 years of DJing, Producing and indulging within other aspects of Hip Hop culture. Diggin and spinning everything from Funk & Soul, Classics, Hip Hop, Breaks, House and all things funky he continuously strives to separate himself from the pack while maintaining a first class status and satisfying his listeners at the same time. Since becoming a DJ for the world famous Rock Steady Crew, Skeme has had the opportunity to play events, parties and festivals worldwide and has mastered the art of keeping dance floors packed by setting the tone early and reading his crowd properly.

In addition to being a globally known DJ, Skeme has also become recognized in the collectors market as a major collector of Black cinema memorabilia, film posters and other highly sought after items from personalities like Pam Grier, Fred Williamson, Jim Brown, Issac Hayes, Julius ”Dr. J” Erving, Muhammad Ali and the legendary Bruce Lee. These pieces have recently introduced him to the gallery scene which many of his items have been on display for audiences to see.