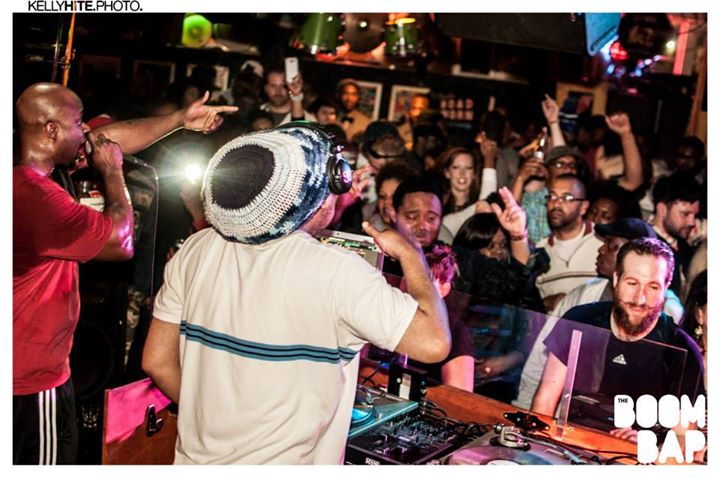 Originally from Detroit, DJ Jaycee is a 20-year veteran who continues to make an imprint within the deejay community and music industry worldwide. Jaycee is from the breed of deejays where collecting records is a passion and perfecting cuts, blends and every kind of scratch is a daily routine. His extensive knowledge of music was established as a child and flourished, as did his passion for deejaying.

From winning battle competitions and creating a buzz throughout Atlanta’s various college radio mixshows, Jaycee became a musical mainstay in Atlanta’s club scene by playing legendary venues such as The Warehouse, Velvet, Kaya, Esso, The Chilli Pepper and Vision. In 1995, So So Def’s DJ Nabs consistently featured DJ Jaycee as a mixer on ‘The Thunderstorm’, which aired on Atlanta’s V-103. Being impressed with Jaycee’s versatility and presence as a deejay, V-103 hired him to host and spin his own mixshow ‘The Late Night Mixtape’. After a brief hiatus from radio, Jaycee returned to V-103 in September of 2008 for ‘The Afternoon Delight’, hosted by Ellen Duncan. Since 2008 the mixshow has been rated number one.

Since 2000, Jaycee continues to tour relentlessly with Ludacris around the world and has been on major tours such as Eminem’s “Anger Management”, Outkast’s “Stanklove” and Black Eyed Peas’ “The E.N.D” tour. Jaycee has participated on notable award shows such as The Grammy’s, The American Music Awards, The VMA’s, The BET Awards, Top of the Pops, VH-1 and Hip Hop Honors. Jaycee has also been on notable television shows from TRL, Saturday Night Live, 106 & Park, David Letterman, Jimmy Fallon, Regis & Kelly, Tyra Banks, The Tonight Show with Jay Leno and Carson Daily.

Apple Jac has done remixes for several artists, including Dezaray Dawn’s “Chameleon”, which was just featured in the Ava Duvernay directed short film entitled “The Door” for Miu Miu. Other remix projects have found him crossing paths with Carlitta Durand (Foreign Exchange, Little Brother) for the “Doug & Patty, Season Two: In Sheckyvison” EP, as well as a remix EP for D.C. songstress Green Tea (“The Crazy Eights”).
In 2011, he released his own pet project, “Playin’ Favorites”, where he skillfully recrafted soulful covers of some of his favorite artists in his own inimitable way.

Recently honored as one of ATL’s Ministers Of Sound, he is also a resident of the legendary Godfather party (a James Brown tribute DJ series). Applejac has also played across the US alongside the likes of Nicolay (Foreign Exchange), Daz-I-Kue (Bugz In The Attic), DJ Spinna, J Rocc (Beat Junkies), Ge-Ology, Benji B (BBC 1xtra), Rich Medina, Frankie Feliciano, Pete Rock and others…

Born and raised in the Bronx, New York, Fort Knox has also lived on Long Island, NY and currently resides in Atlanta, GA. He is the pure unadulterated essence of positive energy and thus channels it wherever he goes. His upbeat personality is a genuine character trait. It has given him the power and wherewithal to perform as a host and actor to the amazement of many. He has hosted events for artists such as B.O.B., Yelawolf, J. Cole, Kendrick Lamar, Big K.R.I.T., M.O.P., Raekwon, Ghostface and Mobb Deep.

Fort Knox has also hosted events for Nationwide Auto Insurance and ASCAP as well as stages at the A3C Hip Hop Festival including Kimberly Stewart’s Needle to the Record DJ Competition, Sarah West’s Enter the Cypher and Speakeasy Promotions Stay Productive. With a variety of projects forthcoming, he truly continues to define the word “entertainer.”