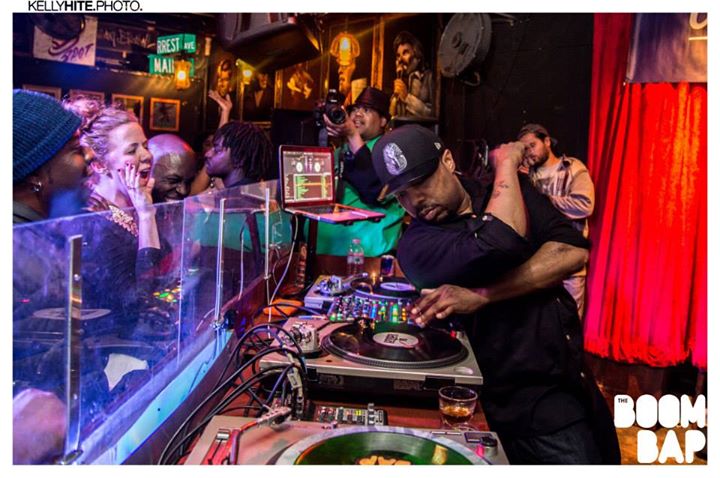 For over two decades, DJ Scratch has been acknowledged as one of the greatest DJ’s of all time. From the clubs, the battles, the concerts & the radio, DJ Scratch has mastered them all.

He is the man who provided the flamboyance to EPMD’s stage show by driving audiences into a frenzy with his visual & technical routines. Because of Scratch’s performances & professionalism, he was later called upon to be the Official Tour DJ for Jay Z, Diddy.

Shortly after winning the New Music Seminar Battle for World Supremacy DJ Championship in 1988, he joined the RUN DMC “Run’s House World Tour.” Befriended by the late Jam Master Jay (“JMJ”) of RUN DMC, JMJ mentored Scratch & converted him from a raw battle DJ to an all around performer & showman. In exchange, Scratch taught JMJ DJ solos that he performed in RUN DMC shows ever since. When the tour ended, JMJ recommended Scratch to EPMD, who needed a DJ with flair. After EPMD witnessed the DJ phenomenon DJ at their first show, they hired Scratch on the spot. The rest is history. In a ceremony on July 2nd 2010, DJ Scratch was crowned the title “Jam Master” in honor of the late DJ Jam Master Jay by DMC of RUN DMC.

In December In 2010, Scratch captured another DJ World Title by winning Season One of the VH1 DJ Reality Show/ Competition, “Master Of The Mix”.

In 2012, DJ Scratch became the first recipient of the Global Spin Awards “Turntablist Of The Year Award”. (The Grammy Award For DJ’s)

Having mastered the art of DJing, Scratch started to pursue his second love, producing. He has produced such hits as the New York Anthem “NY Shit” by Busta Rhymes, EPMD’s “Rampage”, LL Cool J’s “Ill Bomb”, 50 Cent’s “50 Shot Ya”, & a long list of Hip Hop Classics. Scratch’s accolades include the 3 Grammy nominations and over 40 Gold and Platinum Awards to his credit which makes DJ Scratch responsible for the sale of over 30 million albums to date.
Currently, Scratch has launched an online TV Network called “ScratchVision” (www.ScratchVision.com). A network dedicated to the preservation of the history of Hip Hop. So far, ScratchVision had live DJ performances by DJ Jazzy Jeff, Grandmaster Flash, DJ Premier, DJ Cash Money & a long list of other Legendary DJ’s.

Scratch has proven that you can be from the Old School, but still remain relevant.