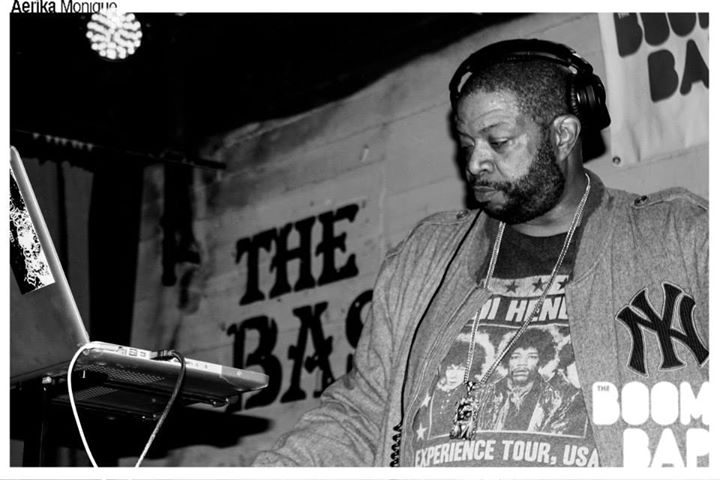 Diamond D started out as a DJ for Jazzy Jay back in the late 1980s and was at the same time perfecting his skills in beat making and turntablism, and, together with rhyme partner Master Rob, he was one half of the group Ultimate Force. The group signed with Jazzy Jay’s Strong City Records, and Diamond and Rob started recording their debut album, I’m Not Playin’, in 1988 and released the 12-inch single with the same title, which spawned a buzz in the underground. The album was completed in 1990, but it got caught up in label politics, such as the shutdown of Strong City distributor Uni Records, and was shelved until 2007 when it was released through Traffic Entertainment. One of the last songs recorded for the album was a Diamond D solo song in which he actually picked up the mike for the first time. The song was called “The Best-Kept Secret.” As Ultimate Force dissolved, record executives got their eyes on the Bronx phenomenon, which eventually resulted in the release of Diamond’s debut album, Stunts, Blunts and Hip Hop (released under the moniker Diamond & the Psychotic Neurotics), in 1992. The album is considered to be one of the finest D.I.T.C. solo LPs and features early appearances from Big L and Fat Joe, the latter of whose 1993 debut album, Represent, was mainly produced by Diamond D.

In 1996 He won a Grammy for his production contribution on The Fugees LP The Score. Remember that record?

Diamond’s second album, Hatred, Passions and Infidelity, was released in 1997 to mixed but mostly positive reviews. Following the release, Diamond established his name as a sought-after producer after providing impressive beats for hip hop legends such as Busta Rhymes, Fugees, KRS-One, Queen Latifah, the Pharcyde, and Brand Nubian, among others. He is regarded as one of the first hip hop producers to work with artists on both the east and west coasts. Since then, he released the independent street album Grown-Man Talk, the official mixtape compilation The Diamond Mine, and provided contributions to his D.I.T.C. cohorts’ projects including the crew’s self-titled 2000 debut album on Tommy Boy/Warner Bros. Records.