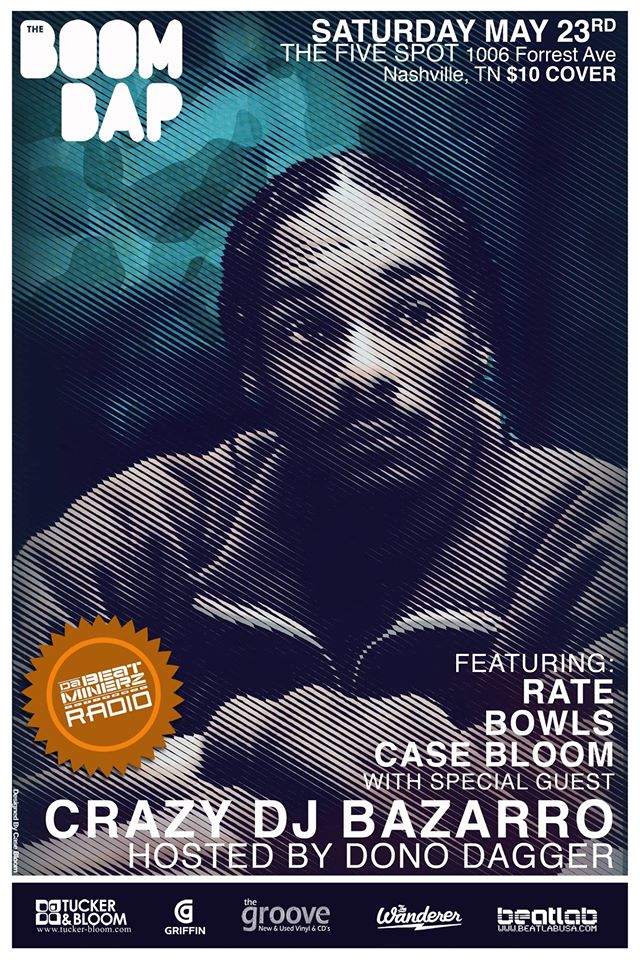 DJing since 1986, it's safe to say that Bazarro has seen some things! As a member of Beatminerz Radio and Dysfunkshunal Familee Crew, Crazy DJ Bazarro has gained a rep as a host that's able to rock the party and the decks at the same time! A skill that is not very common in this world... He works closely with DJ Evil Dee (Beatminerz) and has toured the world with artists such as Jean Grae, The Roots, Bahamadia and DJ Drama! Schooled for years in that NYC Boom Bap so expect this one to get CRAZY! 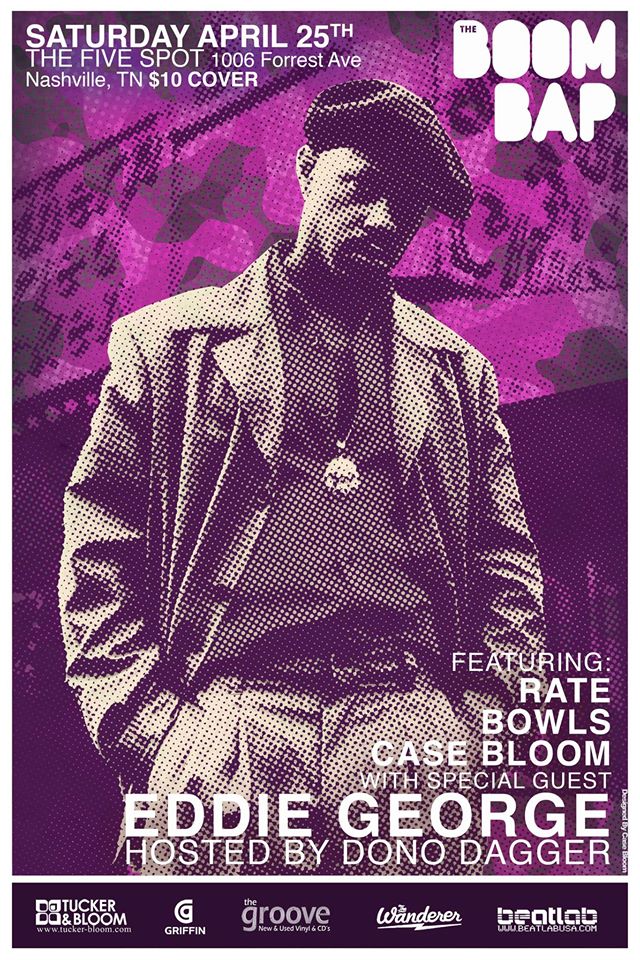 SATURDAY April 25th @ THE FIVE SPOT Nashville, TN - This month we are proud to have the one & only Eddie George (AKA DJ 27) joining us! A college football & NFL legend, he's also a bad man behind the decks! Eddie came up listening to Philly DJ’s like DJ Cash Money and cutting records with the same precision he applied to his storied pro Football career. Not to be confused with your run of the mill celebrity DJ, Eddie know's how to rock the party!! Don’t Zzzz this one, is not to be missed! 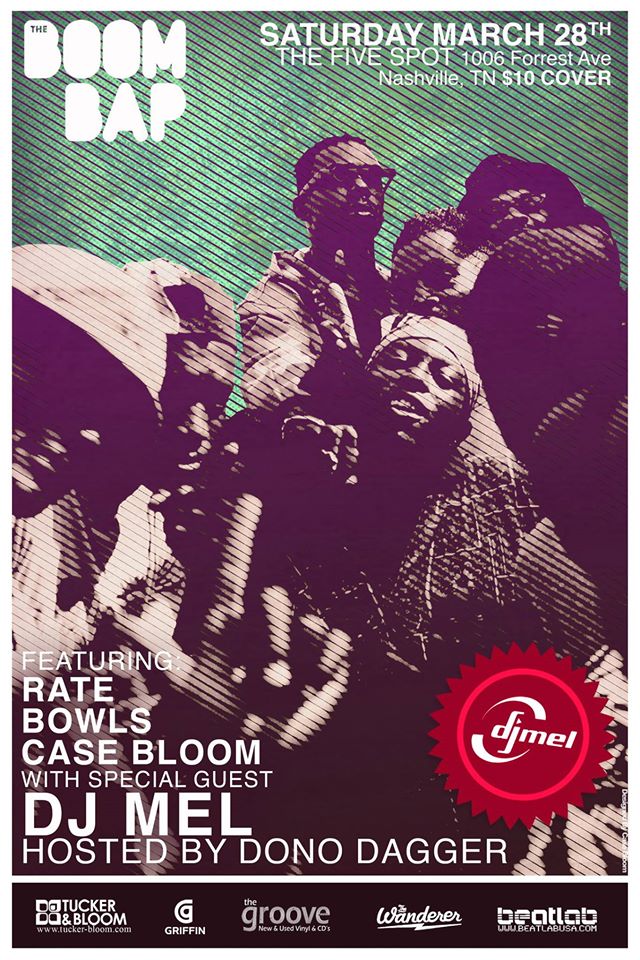 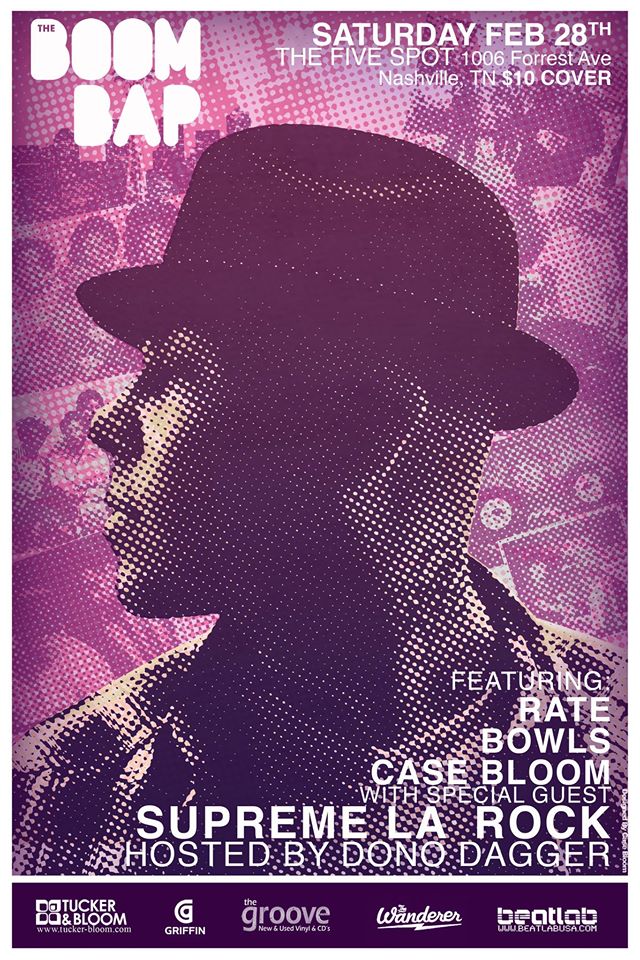 SATURDAY February 28th @ THE FIVE SPOT Nashville, TN - With discerning taste for styles and an impeccably defined character, this world-class DJ and cultural icon continues to raise the bar by breaking new artists and continuing to exude impact on night lifestyle while maintaining the integrity and richness of authentic DJ culture. Versatile and unique, Supreme applies technicality and musicianship to his craft, with an eloquent and educated approach to music that holds true in his demeanor on and off the decks. 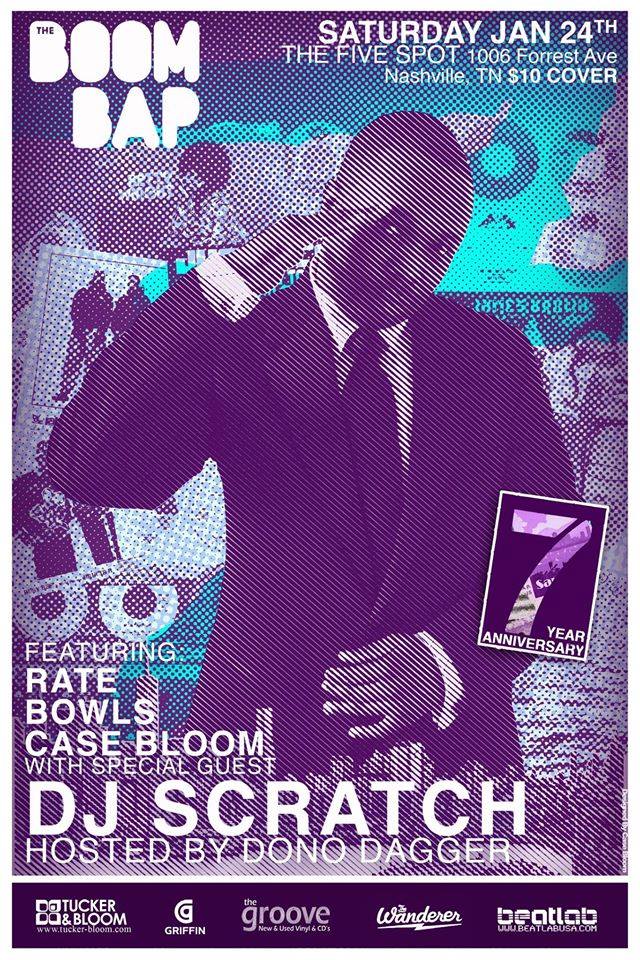 SATURDAY January 24th @ THE FIVE SPOT Nashville, TN - For over two decades, DJ Scratch has been acknowledged as one of the greatest DJ's of all time. From the clubs, the battles, the concerts & the radio, DJ Scratch has mastered them all. He is the man who provided the flamboyance to EPMD's stage show by driving audiences into a frenzy with his visual & technical routines. Because of Scratch's performances & professionalism, he was later called upon to be the Official Tour DJ for Jay Z, Diddy.