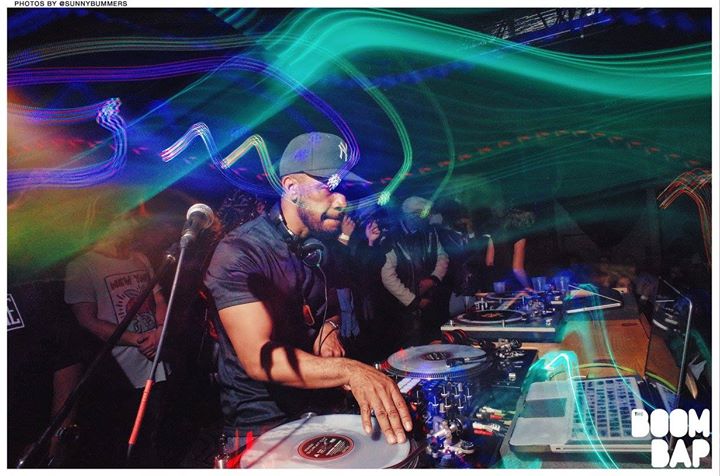 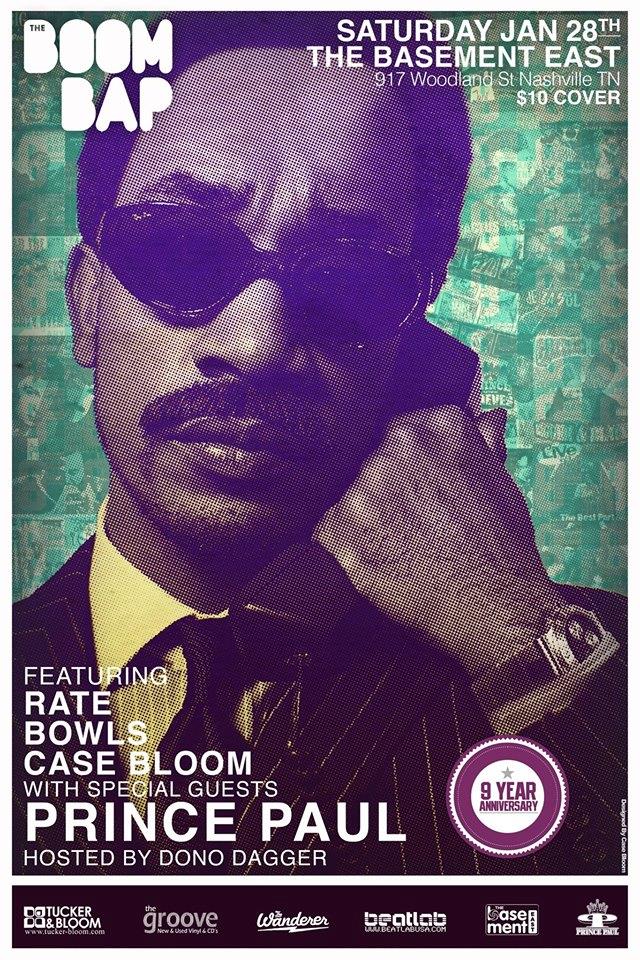 This month we are proud and thrilled to celebrate our 9 year anniversary…you heard that right, 9 YEARS!! We’ve come a long way over the years and we appreciate all the love and support! That being said, join us this month as we party and dance to the one and only, Prince Paul DJ , Producer extraordinaire!

Started Djing at the age of 10 . joined his first crew ( Eveready crew) in the 6th grade . Went on to joining “Newkirk” aka “Kid wonder” , “Mic Teelux” and “Sugar Ray” to form “The Soul brothers” in Jr High School . Paul Then went on to meet Stetsasonic in 1984 becoming their Dj .and releasing their first single “Just say stet” on Tommy boy in 1985 ..Also note arguably that The scratches on “Just say stet” was way beyond its time and groundbreaking for its era ..Paul states ” yeah , I tried to be the best dj in the world back then , I wanted to push the envelope in cutting and scratching and sound ” Nobody really knows that was my true passion . Paul sites Jazzy Jay , Grandwizard Theodore , Grandmixer Dst and Afrika Bambaataa as his inspirations also battled in the New music seminar Dj battle for world supremacy in 1986 only to make it to the semi finals .. Stet went on to record 3 albums ” on fire”( go stetsa) , “In full gear”( Talking All the jazz) and Blood sweat and no tears ”

From that point Paul was introduced to record making and production thus Leading him to Produce De La soul , their first single was ” Plug tunin ” 1987 / 88 , second single “Potholes in my lawn” leading to the album “3ft high and rising” in 1989 .. Paul States ‘ I loved working with De la , it gave me a chance to be the silly kid I was/am and to experiment ” In addition to inventing the “hip Hop skit” origianlly known as ” bugg out pieces” 3ft hight and rising went beyond conventional rap albums with its own sound , culture and style . Paul went on to Produce “De la soul is dead” and “bahloon mindstate”for De la soul ..during that time Paul also went on to Produce 3rd Bass “Gas face” , Big daddy Kane , Queen latifah. Mc Lyte ,Boogie down productions, The Jaz and Jay z , Groove B Chill , Slick Rick , 7A3 , Candyman , Nikki D .. the list goes on and on and on . remixes for Beastie Boys , Fine young Cannibals, , Peter Wolf ,etc ..etc .. .. also starting his own label Dew Doo Man records under Def jams associated labels . The label only spawned one release By ” Resident Alien’ and a unrleased album by Mic Teelux .After being accepted then rejected in the music business In 1991 Paul put together the “Gravediggaz” with “Prince Rakeem” aka “The” Rza” , “Poetic” aka ” the Grym reaper” and Fruitkwan (formerly from Stet ) aka “the Gatekeeper” . The group Band together as “rejects” made a demo that circulated for more than a year with no results . During that time Rza put out Wu Tang clan Independantly with great results .After continuous rejection the group got signed to Gee Street records in 1993 releasing “6ft deep” originally known as “Niggamortis” . This album unfortunately was highly misinterprated and was labled a ” horrorcore gimmick” the actually concept of the album was to uplift .. dispite the criticism the album was well recieved and is actually Paul’s favorite self production to date . The group went on to make one more album collectively” the pick the sickle and the shovel” before parting . ( Poetic R.I.P) .

Depressed and Doomed Paul went on to produce “Psychoanalysis” on Wordsound which Paul describes as ” a bunch of rejected songs that will surely end my career” suprisingly the album caught the attention of many and launched Paul’s Career again . Thus bringing about a new deal with Tommy Boy and a Offer to Produce Chris Rocks 3 grammy award winning albums “Roll with the new”, Bigger and Blacker” ( no sex in the champagne room) and “Never Scared”. Also a score for “Pooty Tang and music for the Chris Rock show . Paul Went on to Produce And write ” A Prince among thieves ” which is hip hops first movie on wax / rap opera . also teaming up with Dan the Automator for Handsomeboy Modeling school as ” Chest Rockwell” for “So…. hows your girl?” and “White people” . Paul also scored The Showtime Movie ” The best thief ” with Newkirk “aka “The Lord Brothers” ..Paul has since produced “Politics of the business” a very misunderstood and underrated album ( hey . but whats new 😉 .. The DIX .. ” the art of picking up women” ” Goldust ” and “Itstrumental” which Paul considers “for fun albums .. not to be taken seriously but to just enjoy” .. Most recently Paul Just finished Producing an album with Newkirk for Funk Keyboard Legend Bernie Worrell ( label TBD) ..” this album is one of the best things ive done in a long time .. too bad it probably will hardly ever be heard by the masses” . Also a small part on Vh1 white rapper show with MC Serch . And Paul Spins all around the world to showing he can still still rock a party 😉 ..

Paul is recently planning a few new releases for this year . ” I better do it now before this becomes a lost art or people just flat out dont want to hear me anymore ” You can also hear Paul On XM radio the Rhyme 65 on the illout show also see www.myspace..theilloutshow . XM is running repeats of the show now , the show is hip hop at its best , zany, fun and to put it simply arguably the best show on XM Radio .. they are still awaiting XM to give them a budget and put them on the roster for 07 .. People there is so much to write I think it will have to stop here .. dont be suprised by all the things thats left out , my fingers are getting tired . hopefully Paul will not retire ( as hes been stating ) and continue to have fun and be creative .